After graduating from high school with honors, he graduated first in Law and then in Canon Law, earning two research doctorates in criminal law and in canon law with theses entirely in Latin at the Pontifical Lateran University. He became a lawyer at 27 years old and the youngest lawyer of the Court of the Roman Rota Tribunal in Vatican at 29 years old.

At the same time, he studied Composition with Mauro Cardi and Lyric Singing with Maria Chiara Pavone, graduating in the Conservatory “A. Casella “of L’Aquila; and he graduated brilliantly with full marks and honors in conducting at the “Tartini” Conservatory of Trieste under the guidance of Marco Angius.

He specializes in Puccini’s music. 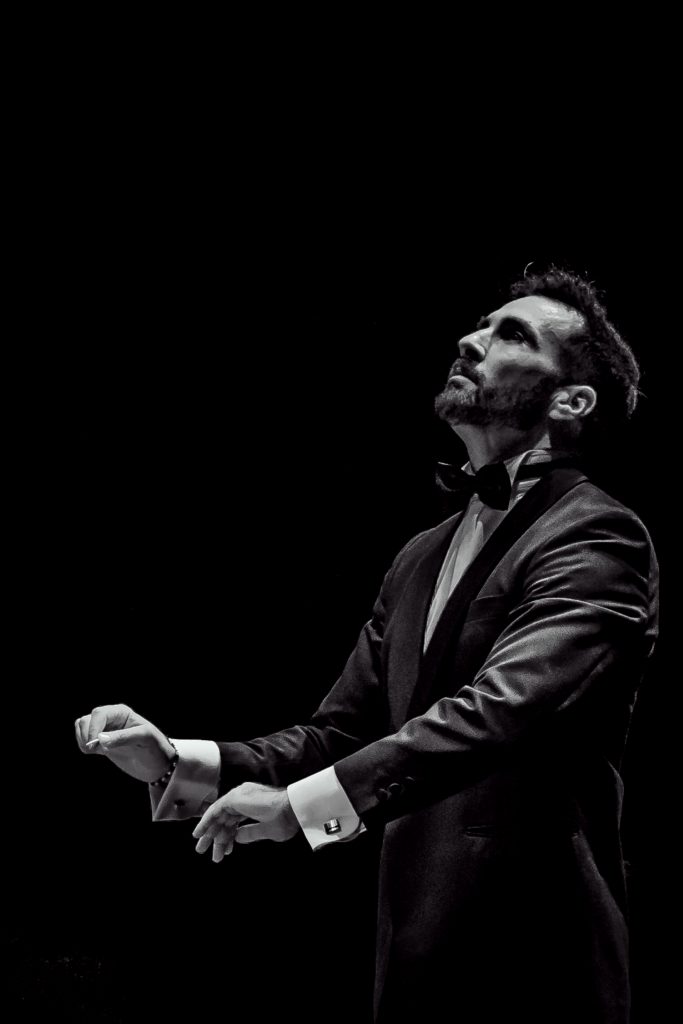 He conducted Italian and international great opera productions such as

Jacopo Sipari di Pescasseroli recorded TURANDOT at the Gran Teatro Puccini for the 90th anniversary of the Opera produced by Paramax Film, and for Sony Classic “MR PUCCINI” by Cinzia Tedesco with Orchestra of the Puccini Festival Foundation.

In January 2020 he won the GOLDEN OPERA SPECIAL PRIZE for the New Generation of the OSCARS OF OPERA as “one of the most promising conductors in the Italian opera firmament”.

The most recent engagements in 2021 include: in July “Tosca” in the Roman Amphitheater in Plovdiv with Jose Cura, Carlos Almaguer and Tanya Ivanova for the inauguration of Opera Open; in October Verdi’s Requiem at the Cairo Opera House and his debut at the Megaron in Athens with the Athens State Orchestra.

In December 2023, in the Leipzig Gewandhaus he will make his debut with the Leipzig Symphony Orchestra.

This website uses cookies to improve your experience while you navigate through the website. Out of these, the cookies that are categorized as necessary are stored on your browser as they are essential for the working of basic functionalities of the website. We also use third-party cookies that help us analyze and understand how you use this website. These cookies will be stored in your browser only with your consent. You also have the option to opt-out of these cookies. But opting out of some of these cookies may affect your browsing experience.
Necessary Sempre abilitato
Necessary cookies are absolutely essential for the website to function properly. This category only includes cookies that ensures basic functionalities and security features of the website. These cookies do not store any personal information.
Non-necessary
Any cookies that may not be particularly necessary for the website to function and is used specifically to collect user personal data via analytics, ads, other embedded contents are termed as non-necessary cookies. It is mandatory to procure user consent prior to running these cookies on your website.
ACCETTA E SALVA